“These award recipients work tirelessly to make sure North Dakota can compete in a global economy, while also fostering a business-friendly environment and making the most of existing infrastructure at a time when investment in our communities, a skilled workforce and 21st century jobs are needed,” Burgum said. “We thank them for their leadership and dedication to filling North Dakota with healthy, vibrant communities.” 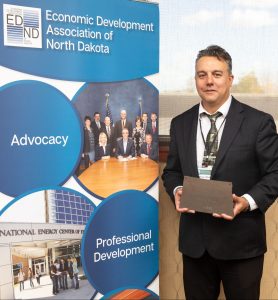 The Economic Developer of the Year award is given to an individual who has made a significant contribution that will leave a lasting impact on the economic health of his or her community or region. The 2020 recipient in the urban community division is Shawn Wenko with Williston Econom 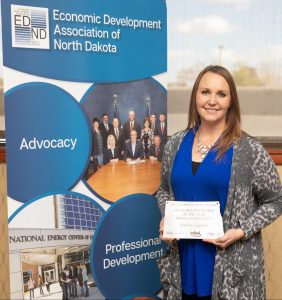 ic Development. Wenko has served Williston since 2008, and a few of his successful projects include securing funding for Flowcore Systems, a chemical injection and water treatment automation solutions company; Wellspring Hydro, a state-of-the-art chlor-alkali facility; and Yellowstone River Beef, a meat processing plant.

The 2020 recipient in the rural community division is KayCee Lindsey, who has served as the Divide County Job Development Authority director since 2010. Lindsey’s successful projects include a 12-unit Housing Incentive Fund project, the $1.3 million expansion of the Crosby Kids Daycare Center, and securing funding for Divide County’s only Primary Sector business: In the Potter’s Hand, a specialty skin care product manufacturer. 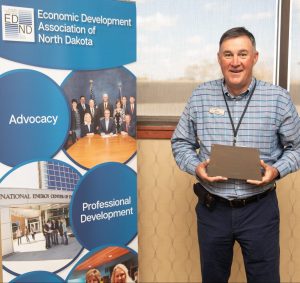 The Project of the Year recognizes a project that has made a significant contribution to the economic health of the community or region in terms of job creation, partnerships and overall economic impact. The 2020 recipient in the urban community division is Forward Devils Lake Corporation for its work on CoJack Snack and Pack, LLC, a highly automated, snack food and bean processing facility which employs more than30 individuals and can ship between 20-25 truckloads per week to 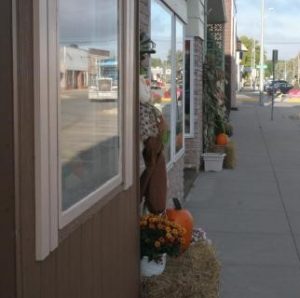 product locations across the U.S. The 2020 recipient in the rural community division is the City of Cavalier for its work on the Cavalier Stimulus Incentive Program. Launched on April 20, the Cavalier incentive program worked to offset the negative financial impact of coronavirus on local business and consumers. Consumers making a purchase at a business within the City of Cavalier, which was subject to the city’s sales tax, could receive up to 10 percent cash back on purchases up to $1,000. The cash back was in the form of Cavalier Bucks, a form of local currency, ensuring the next round of funding also stayed within the city.

The Community Development Award recognizes a development project that has increased the quality of life in a community. The City of Lisbon received this award for its work on Hammelton on Main. The Hammelton building was built in 1907 and was empty for more than 15 years. It has been transformed into a high-rise apartment complex with a bridal store, flower shop, event hall, and clothing boutiques.

“The award winners and nominees have showcased their creativity in building thriving communities and a flourishing state economy, and EDND is proud to recognize these standout developers, programs and projects,” said Jennifer Greuel, executive director of EDND.